ARSENY ZHILYAEV. THE MONOTONY OF THE PATTERN RECOGNIZER

Moscow Museum of Modern Art and Smart Art are proud to present an ambitious solo exhibition of Arseny Zhilyaev — The Monotony of The Pattern Recognizer. The project is made possible by the support of the general sponsor, Promsvyazbank PAO, and OST Group. The exhibition will feature over 100 specially commissioned works, continuing the speculative investigation into the possibilities of the museum exhibition as the most accessible vehicle for achieving immortality today.

Alexey Maslyaev: «The Monotony of the Pattern Recognizer is a non-fiction mystification that functions as a perfect simulation of an improbable event, inviting the audience to take an imaginary journey through space-time to the edge of the Universe. Would the audience dare to go all the way in this gripping quest? The white rabbit is already disappearing, albeit into the wormhole, rather than the rabbit hole. The adventure is about to begin».

The Institute for Mastering of Time has released the following shipping documents:

The TENET cargo spacecraft spent almost 12,600 years drifting in the void of outer space: due to navigational malfunctions it lost all contact with Earth. Repurposed by the onboard flight recorders as ‘free search time’, the extended mission resulted in an unprecedented collection of human art prehistory, presented in exhibition interface schemes. Upon discovery, TENET was recognised as a unique self-learning system, rightfully considered a pioneer of the Algonautic movement and a pivotal source of information on the final phase of work on the optimisation of time.

It is believed that the spacecraft turned to the scientific study of the prehistory of human art to compensate for the lack of computation power required to re-establish a version of the Universe in which planet Earth ’could be reached out to’. Researchers identified the seminal artifact of the collection: an ancient musical manuscript written in what was later identified as Old Russian 2335, with a Sator Square on the cover. Thus one of the oldest known boustrophedons provided a reference point for a series of TENET’s experiments and eventually facilitated the configuration of an archive of possible invariants of the prehistory of art amounting to over 5,000,000 gigabytes, currently stored at the Institute for Mastering of Time, an institution spearheading research in materials discovered in the spacecraft’s flight data records. The Monotony of The Pattern Recognizer exhibition held at MMOMA (Moscow, Russia) in 2020 is the premiere of TENET’s legacy in the 2020KERP sector. 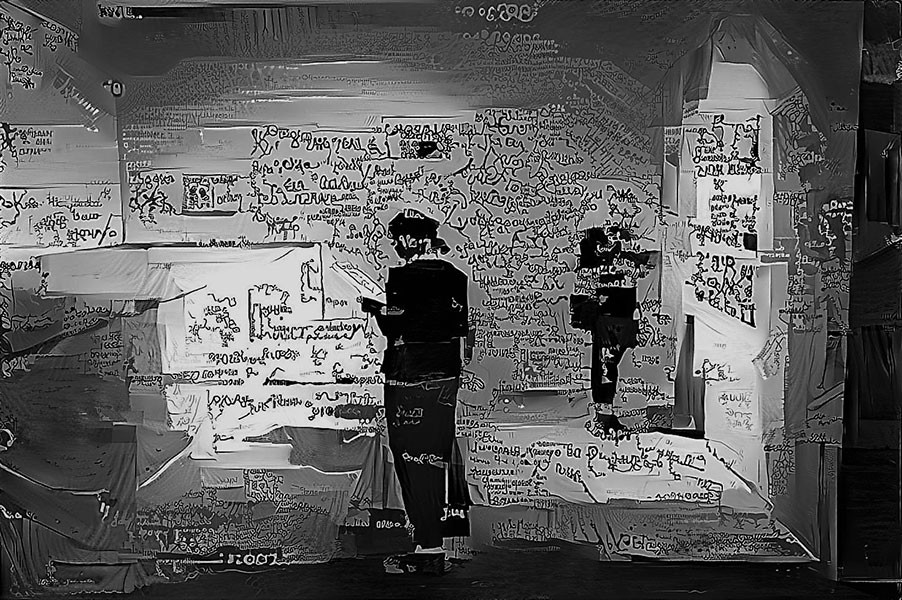